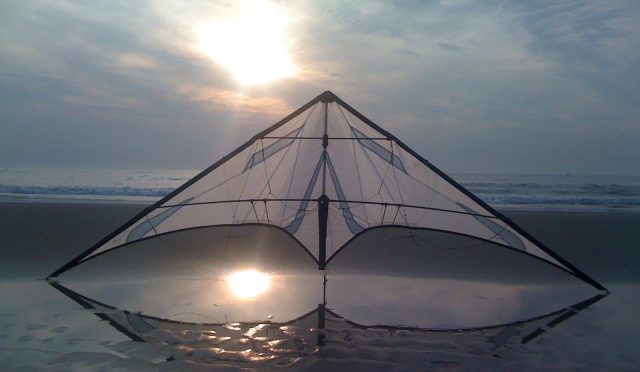 The Essence was Pim Kusters‘ first freestyle/tricks competition kite design. Very capable in the tricks department, nice feedback on the lines but without excessive pull and quite precise. After Dutchkites and (later) WindFactory stopped building the Essence there was some tweaking done by Essence fan Pierre ter Bogt. He also made a SUL version of the kite based on the UL specs which is very trickable kite with very flat backspins, lazies and flatspins. Pim gave a few of us permissing to build Essence’s ourselves and a lot of (SUL) Essences were build. From now on it will be available as an open source plan. We’ll start with the Single color SUL version. The other versions with the original panel layout now available as well.

NB. This is no step by step explaination on how to build a trickkite. There are numerous websites and fora which explain this. A great resource is Tom’s step by step Le Quartz website.

Find the Essence plan pages and other resources in the open source kite plans menu above.